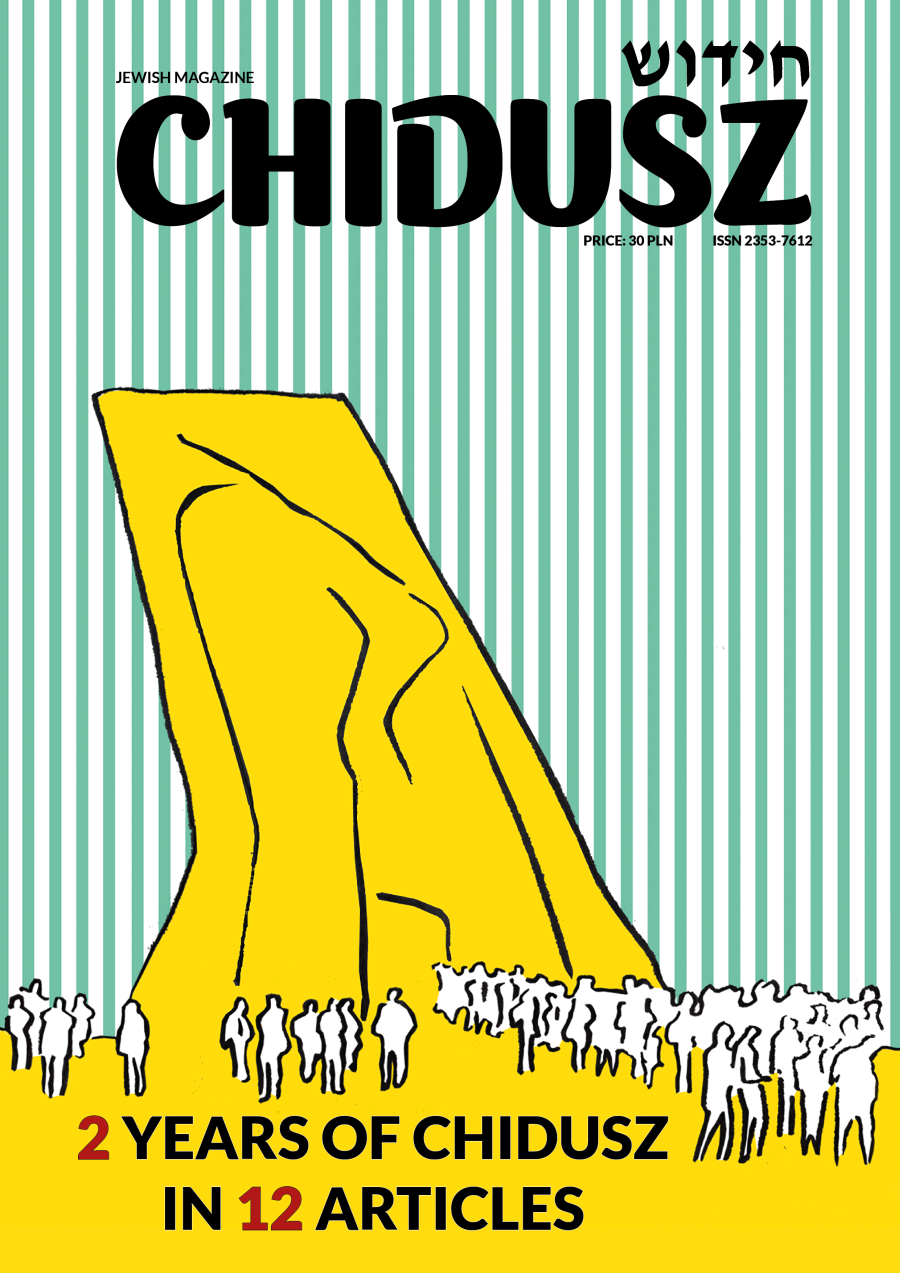 We are delighted to present the first English-language issue of Chidusz the Jewish Magazine, published monthly in Wrocław since 2013 with support of the local Jewish Community. We have chosen twelve articles that we believe give an overview of the magazine’s profile and shed light on different aspects of Polish-Jewish reality.

Chidusz in Hebrew means innovation, novelty. We want our magazine to be a Jewish answer to the challenges of today’s world. Our sources are both the most traditional Jewish texts as well as the contemporary Israeli literature. Our mission is to co-create a modern Jewish identity in Europe while remaining faithful to Jewish tradition.

Our magazine is headquartered on the same street where the Jewish Theological Seminary used to be located, where the most fundamental and burning questions and needs of the modern world were once discussed and answered. We would like the voice of Wallstrasse, now Włodkowica Street, to once again become an important element of contemporary Jewish life.
It is extremely important for us to introduce the Polish Jewish community to a wider non-Jewish audience. We strive to break through stereotypical ways of thinking about Jews and about the painful and difficult history of the Second World War. This issue features one of the most important texts ever published in our magazine, an eyewitness testimony of the murder of Jews by the Poles shortly after the war.

MUSEUM OF THE HISTORY OF POLISH JEWS

How Jewish is the Jewish Museum?
Magdalena Wójcik, Michał Bojanowski

What does Judaism Say about Homosexuality, Birth Control and Gender Equality?
Tyson Herberger

One of Two Fathers
Mateusz Kamiński

BETWEEN POLAND AND ISRAEL