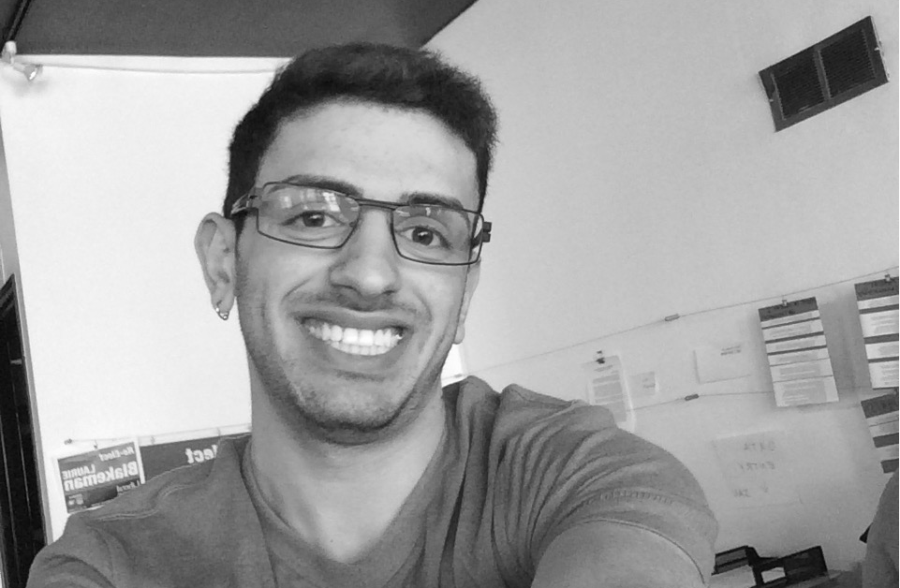 John Calvin will soon be able to work again as a vendor after regaining the right to work in Canada, which was taken from him last fall. However, this year the fall season may mean something worse for him than losing his job. November 4th has been set as the date of his final deportation to the West Bank, and possibly death, maybe even at the hands of his own family. John Calvin agreed to speak with Chidusz about his situation.

Mateusz Kamiński: John Calvin is not exactly a typical name for a Palestinian.

John Calvin: No, it is not. I began to use the name John Calvin in Canada after my conversion, arrest, and departure from the West Bank.

Was your decision to convert to Christianity the reason you were arrested?

Yes. In March of 2006, my mother overheard me talking on the phone with a priest, asking that he baptize me. She was very upset and informed my father, who tried to attack me with a knife. I managed to escape. I then went into hiding in another city in the West Bank.

That June, I accidentally ran into my father in a public place. He attacked me, and someone called the police because it looked like a fight. Upon arrival, the officers separated us. As it turned out, there was another motive behind the incident, and the officers decided to arrest me because of my conversion. I spent a few weeks in jail before they let me out, although “threw out” may be a better way to describe it.

How does an individual with family ties to Hamas come to convert to Christianity?

My family does not have “ties” to Hamas. My family is one of the families that founded Hamas. When I was fourteen I began to question their beliefs, and like many teenagers I started to build my own. I did not have a good relationship with my family. We were not very close. I ran away from home and went to Israel, where I was arrested for crossing the border without permission. In prison, I was sexually assaulted by another Palestinian.

What this man did to me is not important, however, what is important is what happened at the hands of the Jewish-Israeli guards, social workers, and even the prison warden. They acted as though their main purpose was to help me get through the ordeal, and to make sure that what happened would not make me suffer the rest of my life. It was all a complete contradiction of what I had been taught about Jews. I grew up convinced that Jews were out to destroy us, and by “us” I mean Muslims, because at the time I was still a Muslim. This turned out to be entirely untrue, and that is why I started to reconsider my beliefs, which eventually fell apart.

When I was released from prison I distanced myself from my family because I did not want to be associated with them anymore. I worked almost twenty-four hours a day. It is almost impossible to abandon Hamas. This is considered treason and an act punishable by death, and everyone, even teenagers, knows it.

By the age of sixteen, I no longer considered myself a Muslim. Three years later I read The Da Vinci Code, which has many references to the history of Christianity, the Church, and the Bible. I did not know anything about Christianity and somehow someone talked me into reading the Christian Bible. I read it four times from beginning to end, from Genesis to the Apocalypse of St. John. I found it fascinating, and felt a spiritual connection that led me to conversion.

But your conversion is not the only reason you could lose your life if you go back to the West Bank?

No, not anymore. I came out as a homosexual three years ago, giving them two reasons to kill me now.

How did you end up in Canada?

I received an invitation to a Bible school in Toronto the same year that the Palestinian authorities arrested me, but I could not accept the invitation at that point. A few weeks after leaving prison, I fled to Jordan, where I finally accepted the invitation to study in Canada. That is how I ended up here.

When you first got to Canada, did you think that you would want to stay there?

It took me a while to adapt. There was definitely culture shock at the beginning, but after six months I realized that I felt at home in Canada, and that I wanted to stay here.

What is your current legal situation?

I filed for refugee status in 2011. Less than a year later, the Canadian Border Services Agency suspended it. I went to the hearing, and was charged under a clause that states that if you are, or formerly were, a member of a terrorist organization you do not have the right to asylum in Canada. The definition of “membership” is not clearly defined, as such organizations have no membership cards or documentation, so each case is assessed individually.

After the first hearing, the court ruled in my favor. It was decided that my case did not fall under this particular clause, as being a member of my family is not tantamount to being a member of Hamas. However, the Agency quickly appealed against the ruling.

In August of 2014, their appeal was considered, my request was rejected, and a deportation order was issued. I wanted to bring the case up for a court hearing, but I did not have the right to do so while my case was being considered again at a lower level. It was being evaluated primarily regarding the degree of risk that I present to Canada.

I then turned to the UN, which has the power to pressure the Canadian government to agree to a court hearing of my case.

I also checked what my possibilities were if all else failed (just in case). I was eligible for refugee status in the US, the UK, or any European country, though my chances would be similar to those in Canada.

Is anyone helping you in this legal battle?

I have many friends who have organized a committee that sends petitions and is trying to find a way to stop the deportation order. They started a campaign to cover my legal fees and are rallying together on social media. The committee is made up of my friends from church, political organizations I was active in, LGBTQ activists, and my closest friends.

What are your chances of staying in Canada?

It is not exactly that much; it is a little less actually. It is the amount of people in my situation who are granted the right to stay in Canada.

What is the likelihood of your being killed if you return to the West Bank?