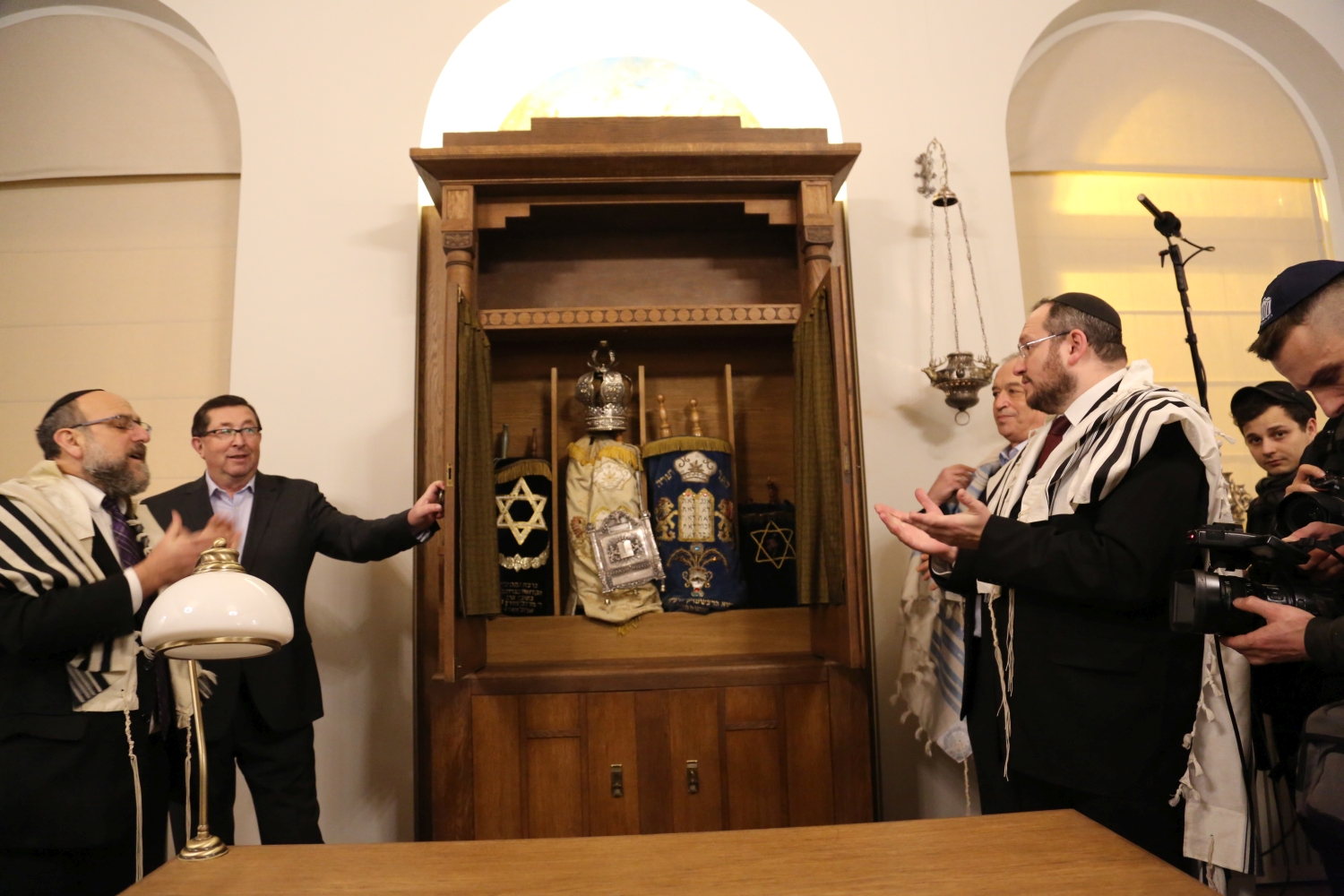 Although the history of the Jewish Community in Wrocław dates back to the thirteenth century, its most fascinating period started in the nineteenth century, parallel to the Jewish emancipation in Prussia which fueled the community’s unprecedented development. It was at that time that one of the most important Haskalah centers arose there and where the answers to the challenges of modern life were sought.

In 1840, rabbi Abraham Geiger arrived in the city. His teachings gave rise to the religious reforms that made Breslau a vital hub for the emerging liberal Judaism. At the same time, from 1854, the Jewish Theological Seminary (JTS) was educating future rabbis, advocating the school of positive-historical Judaism and distancing itself from both reformists and traditionalists. JTS soon became the most significant institution of its kind in Europe, laying the groundwork for modern conservative Judaism.  Although the JTS building and the progressive center of the Jewish Community surrounding the Neue Synagogue did not survive the disaster of World War II, splendid department stores originally owned by Jews are still to be found in the city center today, standing as prominent examples of modernist architecture. The enlightened Jewish Community also influenced the shape of rapidly developing Breslau: its members built the first tram lines and founded hospitals which were considered the most modern in all of Prussia. Julius Schottländer, a rich merchant and philanthropist, founded the extensive South Park and later ceded it to the city.

The German Jewish Community, counting over 20,000 members, ceased to exist with the beginning of World War II. The end of the war also meant a shift of borders, delineated by the three allied powers. The few German Jews who survived the Holocaust left the city in 1945. German Breslau became Polish Wrocław. The entire region, empty of its former German inhabitants, became a settlement area for Jews, primarily from Eastern Europe. Soon the city became a major center of Jewish life in Poland with numerous Jewish cooperatives, kosher slaughterhouses and shops, mikvehs, orphanages, schools and soup kitchens. For a few years after the war, Wrocław also hosted a Jewish theatre directed by Ida Kamińska (the first Polish actress to earn an Oscar nomination).

Over the next two decades Jews left Poland due to postwar pogroms, the establishment of Israel and systematic anti-Semitism by the Polish communist authorities. In 1968, the communist government’s anti-Zionist campaign brought a virtual end to many Jewish institutions and Jewish life in Poland. The abandoned White Stork Synagogue in Wrocław began to fall into ruin.

Seven years after the fall of communism, in 1996, the Polish Ministry of Culture and National Heritage purchased the synagogue from a private owner and returned it to the re-established Jewish Community in Wrocław. That same year renovation works started and were continued by successive leaders of the Jewish Community. In 2006, the Bente Kahan Foundation was established to administer all subsequent restoration works. The final reconstruction of the synagogue was carried out with financial support from Iceland, Liechtenstein and Norway through the EEA Financial Mechanism, the city of Wrocław, the Union of Jewish Religious Communities in Poland, the local Jewish Community, and the Bente Kahan Foundation. The historic building was officially reopened in May 2010.

The synagogue now also serves as the Center for Jewish Culture and Education, administered by the Bente Kahan Foundation, which organizes numerous events throughout the year. The exhibition History Reclaimed: Jewish Life in Wrocław and Lower Silesia is on permanent display on the first balcony. The Foundation together with the Jewish Community organizes the Days of Mutual Respect every year to mark the anniversary of the tragic events of Kristallnacht.

Reborn in the 1990’s, the Wrocław Jewish Community today has 350 members, who have access on a daily basis to a kosher kitchen and cafeteria, and can participate in meetings of the Seniors Club, Youth Club and Sunday school for kids. The Community provides orthodox services on Shabbat and other holidays in the small art nouveau-style prayer room (shul), which was reopened after restoration in December 2015 in the building adjacent to the White Stork Synagogue.

In 2014, the Jewish Community opened the first kosher café in Poland just across from the White Stork Synagogue. CIŻ is the abbreviation of the Polish for the Jewish Information Center (Centrum Informacji Żydowskiej), because it serves not only as a café but also as an information center, where visitors can get information on events in the synagogue, on the history of Jews in the city, and Jewish life in Poland today. CIŻ Café is also a Jewish Community Center, with meetings, lectures and workshops organized for Community members and friends.

CIŻ Café is all about coffee. Our baristas prepare coffee from a selection of freshly roasted beans from all over the world. Besides traditional coffee from an espresso machine, our guests can also enjoy our special drip-filter coffee prepared at their table. A larger group can order coffee from our specially constructed menorah-drip with seven funnels. Delicious fresh cakes are baked daily in the Community’s kosher kitchen.

The Jewish Community of Wroclaw organizes journeys spanning 800 years of Jewish history inscribed on the walls of the most representative buildings, squares, cemeteries and monuments in Wrocław.

The excursions are stories woven into the topography of Wrocław, a chronicle of its inhabitants who contributed to the city’s social status and respected position in the region and throughout the world. They explore the personal history of Nobel Prize winners, philosophers, architects, and the founders of the most prominent movements in modern Judaism, alongside the daily lives of the members of the Jewish community.

The excursion itinerary was developed by a team of Jewish studies scholars and historians specially appointed to create a coherent narrative beginning with Jewish settlement in Wrocław and ending with current events. Only guides affiliated with the Jewish Community of Wrocław have permission to guide tours inside the White Stork Synagogue, the small prayer room, the mikveh and other community buildings. The Jewish Community in Wrocław also helps with archival and genealogical research. Detailed information can be obtained at CIŻ Café, Włodkowica Street 9. ■