We open this issue of Chidusz with an article about new Jewish religious practices to comfort women, who have had abortion. We also share strong opinions of the outstanding Jewish architect Michael Sorkin z”l about the bombing of the Gaza Strip. We write about not-so-obvious gender of biblical Rebecca (Torah describes her as a “young man” as many as five times); and animal cruelty prohibition (according to rabbinic sources). Furthermore: Macho or Mentsch (or: Trump or Biden?); the next chapter of Der Shvartser Yunger-mantshik by Jacob Dinezon (in translation from Yiddish by Magdalena Wójcik); Adam Puławski’s Inconvenient Arguments (Holocaust reports of the Polish underground).

New Jewish Rituals Offer Comfort to Women Who Have Had Abortions

“Many Jewish women who choose abortion go through the ordeal alone, in silence and fear and with no spiritual recourse or guidance. While prayers for women have been composed to mark virtually every other life-changing experience—including miscarriage, infertility, and menopause—the notion that some form of religious observance is necessary, desirable, or acceptable for abortion is hard for many people to fathom.” 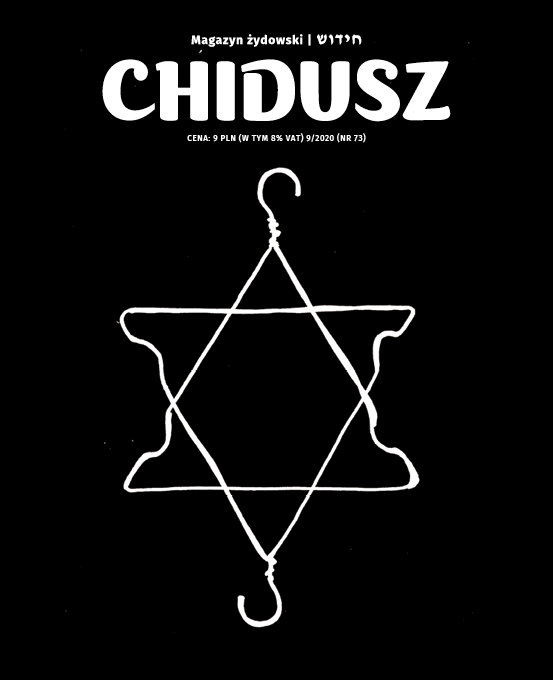 Was the bombing of Gaza a crime?

“Gaza is a bare city, a culturally degraded substitute for Tokyo or Hamburg. Because Hamas is fertilized by the anger of a population under siege, all are assumed to be complicit in the rockets, the Charter, the executions, and the rest of the nefarious encyclopedia of terror. The place itself is miserable, without an identifiable piece of architecture deserving conservation.”

Among other things, we write about anti-Semitism in Sweden and the USA, Holocaust deniers on social media, composer Walter Kaufmann, matzevot found in Leżajsk and Kalisz, and Donald Trump’s new decisions.

Compassion for All Creatures

Rabbi David Sears explains the nuances of the Torah prohibition against tza’ar baalei chaim (cruelty to animals): “Compassion for animals is the measure of spiritual refinement. In his classic work of Jewish ethics, Mesilas Yesharim (“Path of the Upright”), Rabbi Moshe Chaim Luzzatto (1707-1746) asserts that it is one of the basic characteristics of a chassid, by which he means a person striving for spiritual perfection.  Indeed, the Midrash states that both Moses and King David were chosen by God to be leaders of Israel because of the compassion they had previously demonstrated toward their flocks.”

Jan Karski did not deliver reports on the Holocaust to London. In fact, he convinced authorities not to talk too much about Nazi terror. The Polish underground fighters saw the Jews as second-class citizens, and considered the extermination of the Jewish people a minor matter (certainly less important than extermination of Poles).

Is this an alternative vision of history, or a result of years of meticulous research? Michał Bojanowski speaks to the historian and former employee of the Institute of National Remembrance Dr. Adam Puławski about how the Polish underground responded to the Holocaust.

When Gender Varies: A Curious Case of Kere and Ketiv

Five times the Torah refers to Rebecca (the future wife of Isaac) using the word na’ar – a young man. Should we interpret this as a mere scribal error, or is the Torah giving us an unconventional lesson about sexuality?

“Through the eyes of Eliezer the servant, the Biblical text itself seems to approve of the blending of stereotypically masculine and feminine traits. Might the character of Rebekah afford a more nuanced view of gender—one that extends beyond biological and social conventions? Perhaps, though a far more radical view of Rebekah and gender emerges from a close reading of Genesis 24, not in the narrative per se but on the page itself.”

Katarzyna Andersz talks to the performer Michael Rubenfeld about The Lucky Jewathon project: “When someone comes to my booth and wants to buy a picture, I start a conversation. I am not accusing anyone, I try to be funny and friendly. The buyers cannot feel that I am trying to accuse him or her of anything. Also, I don’t believe people do this because they are bad – they just don’t know anything about it. As we chat I get to know them, ask about their attitude towards Jews, why they want to buy the picture.”

The Lucky Jewathon is a 3-day/72-hour interactive durational, online performance. The performance is inspired by FestivALT’s live Lucky Jew performance that responds to conceived by Michael Rubenfeld and developed with Magda Rubenfeld Koralewska, Jason Francisco, and Adam Schorin. The term “Lucky Jew” refers to figurines and small paintings of Jews with gold coins that are customarily sold in Poland as good luck charms. While some people see them as remembrances of Poland’s pre-war Jewish communities, for many they are simply anti-Semitic caricatures. Lucky Jew is a performance that engages with the cultural complications of these objects by bringing a Lucky Jew to life in the public spaces of the city. The performance, at once sincere and satirical, has inspired all manner of reactions—from ebullient praise to downright contempt. For us, the performance is an invitation to a conversation: about the cultural practice, “positive stereotypes,” images of Jews in Poland, and the complicated nature of luck. 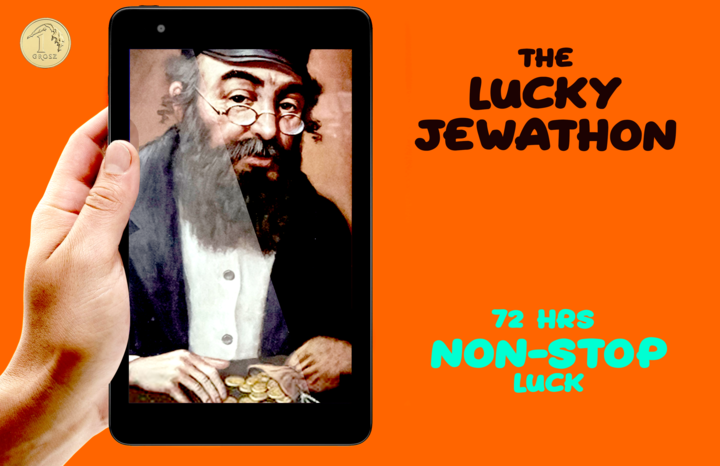 The Lucky Jewathon is completely interactive. This means that as soon as you enter the ZOOM room, you are a part of the performance. You are invited and encouraged to participate in the action — to bring your eyes, ears and voice to the room. The Lucky Jewathon will also be live-streamed on YouTube and Facebook, for those who would prefer to just be an observer. Inspired by telethon events where the goal is to raise money for a cause, the goal of the Lucky Jewathon is to raise awareness about a problematic practice that has become normalized in Poland.

Joanna Machel on masculinity in the Bible: „Looking for models of masculinity and femininity in the Bible we will not find many positive examples. Instead, we find rigid divisions between the world of women and the world of men, patriarchal values, and strict gender roles. Are there any examples of healthy and sensible masculinity in the Torah? The story of Deborah, Barak, Sisera and Jael contributes greatly to the contemporary discussion about the danger of machismo and the need to redefine the traditional approach to gender roles.”

We begin part three of Jankev Dinezon’s novel Der Shvartser Yunger-mantshik, “The Dark Young Man”, translated from Yiddish by Magda Wójcik. Disappointed with what he has achieved so far in life the main protagonist Józef leaves for Saint Petersburg to learn a profession and earn a decent living. But he cannot bring his beloved Roza with him, and Moshe Shneur (the eponymous Dark Young Man) is only waiting to destroy the happiness of the young couple… Will he get his way?

In her opinion piece Anna Pamuła ponders the boundaries of freedom of speech. Are “rich as a Jewish banker” just innocent words?