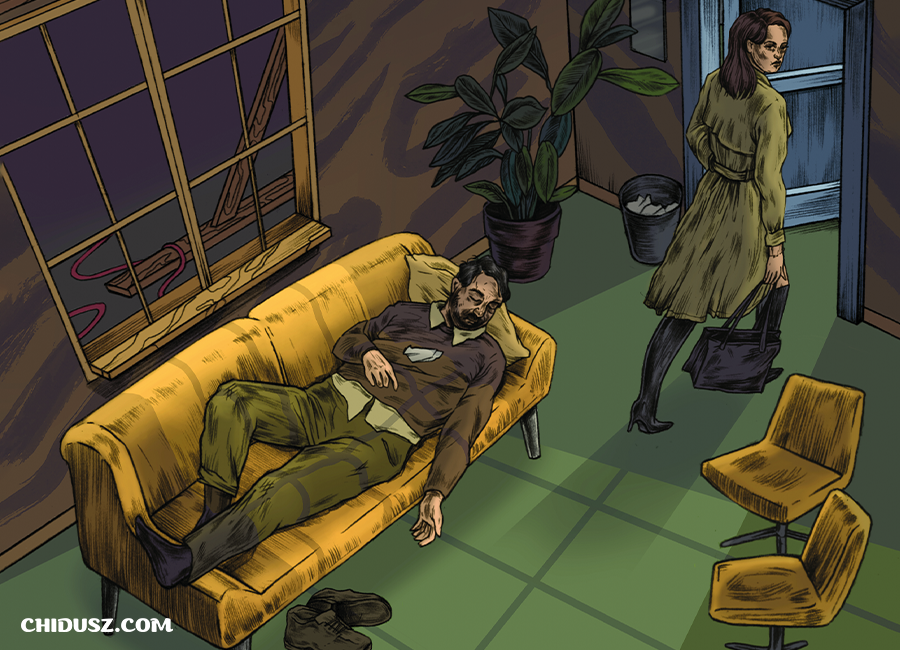 On the 8. birthday of Chidusz we give you the Polish translation of Tony Kushner’s play Terminating, we talk about the legacy of the Polish Jews and the power (which according to the Bible) man possess over nature. We also publish the penultimate episode of The Dark Young Man and part II of Kate Bornstein’s memoir.

Terminating is the second short play by Tony Kushner published in Chidusz this year. Kushner is one of the world’s greatest playwrights, best known for his brilliant Angles in America, awarded with Tony Awards and Pulitzer Prize for Drama. Terminating – full of allusions to Shakespeare and psychoanalysis – is a twisted and hilarious reference to Sonet LXXV. Here, however, the separation is not that of two lovers but… a therapist and her patient. In the introduction, the author wrote: “I love the sonnets but I have always found that the love object remains rather generic throughout, and only the sonneteer, the lover, is illuminated, revealed”. That is why the therapist Esther, the love object (?) in Terminating, is not afraid to cry out that she in fact HAS PROBLEMS OF HER OWN. 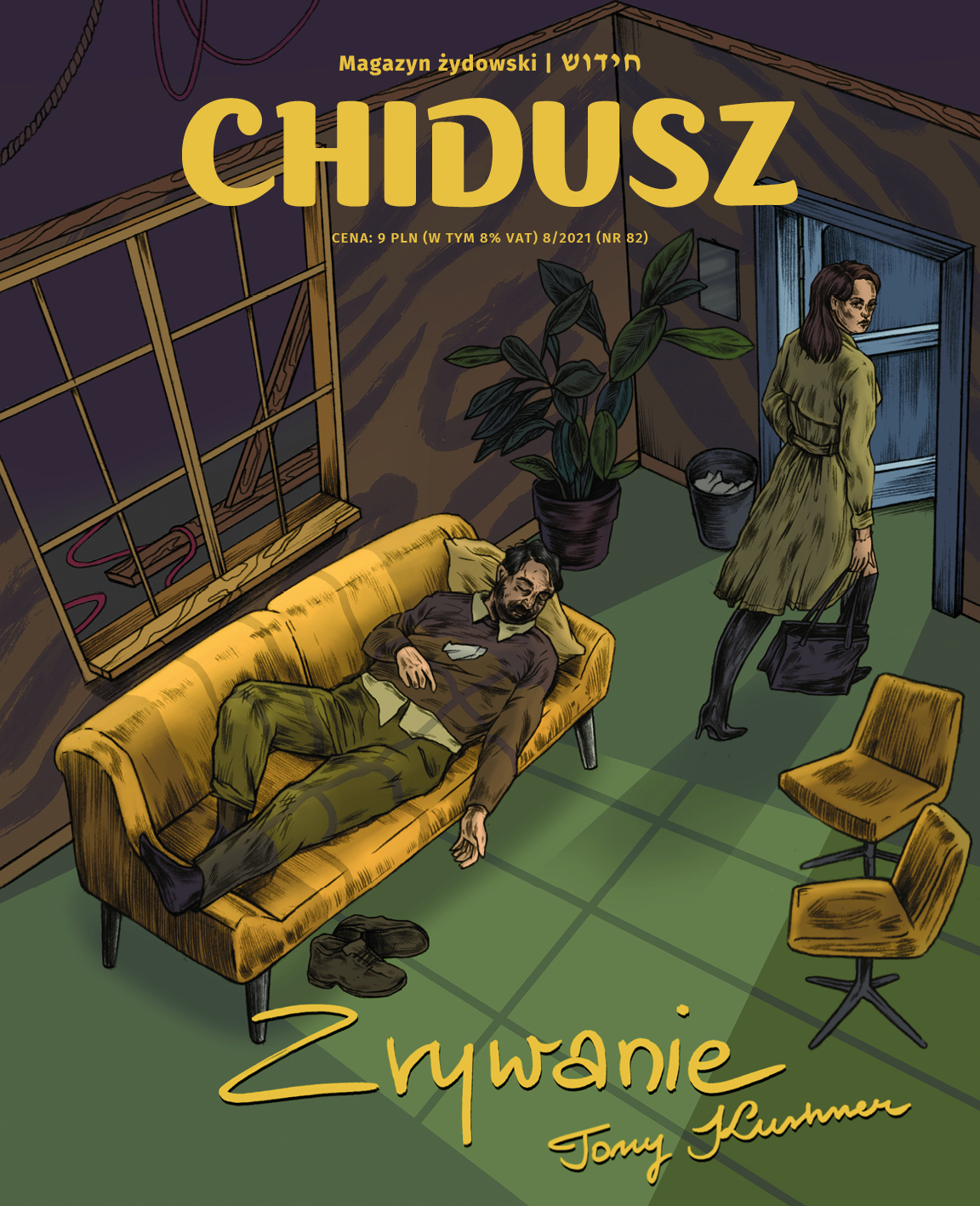 The legacy of the Polish Jews

This year the POLIN Museum of The History Polish Jews has opened a new section of the core exhibition. The Legacy Gallery is dedicated to twenty-six people whose achievements contributed to the cultural heritage of the Polish Jews. Life histories of the presented characters are meant to create an inspiring collective portrait of the Polish Jewry in all its diversity. In this issue of Chidusz, we dedicated The Legacy Gallery not one but two articles.

The first one is an interview with the curator, Tamara Sztyma.

In the second, Michał Bojanowski queries what the term „Polish-Jewish Legacy” means or should mean, what rules were followed choosing the particular characters to be included, and who was left out.

In part II of her memoir, Kate Bornstein talks about her father who proudly called himself a chauvinist pig, her desire to be skinny, and her first times: with a prostitute (hired by her dad), with a randomly met girl (on the night of her prom), and with the university professors (whose wives were sleeping in the other room).

In this issue, we give you the penultimate episode of the first Yiddish bestseller, Yankev Dinezon’s The Dark Young Man. In this episode, the dramatic scenes, which we have decided to present on the premiere cover, will finally take place: the Fridman’s house will go up in flames and there will be victims.

The novel, translated by Magdalena Wójcik, was published in serial form since the issue 8/2019. The last episode will appear in Chidusz 9/2021. The first episode is available for free on our website.

Genesis and Human Stewardship of the Earth

The first two chapters of Genesis contain teachings with profound relevance for ourselves and our world today. In the first chapter of Genesis, twice in three verses, G-d speaks of humans ruling over other living beings. In the second instance, after creating Adam and Eve, G-d blesses them, saying „Be fruitful and multiply, fill the earth and subdue it, and have dominion over the fish of the sea, and over the birds of the sky, and over every living thing that moves upon the earth.” What does it mean for humans to subdue the earth and have dominion over other creatures?

In every issue of Chidusz we also include a press review – a dozen short articles on interesting or surprising events from the Jewish world. This month we talk about the undying fame of Bernie Sanders’ gloves, a messianic cafe in Tel Aviv, and vegetarian (but not kosher) pork.