Contemporary Israelis wander through the Dry Sea. The more prudent of them managed to equip themselves with face masks. They believe they will protect them from the epidemic. Women, the real driving force behind the escape attempt, lead.  The dirty waters – once they reach them – will however not part.  Instead, they will wade through plastic bottles, bags and dead fish. Somehow they will make it, hoping that it will get better in the Promised Land.

The cover illustration (by Edyta Marciniak), the catastrophic Haggadah, combines several topics of the issue. This month we write about: 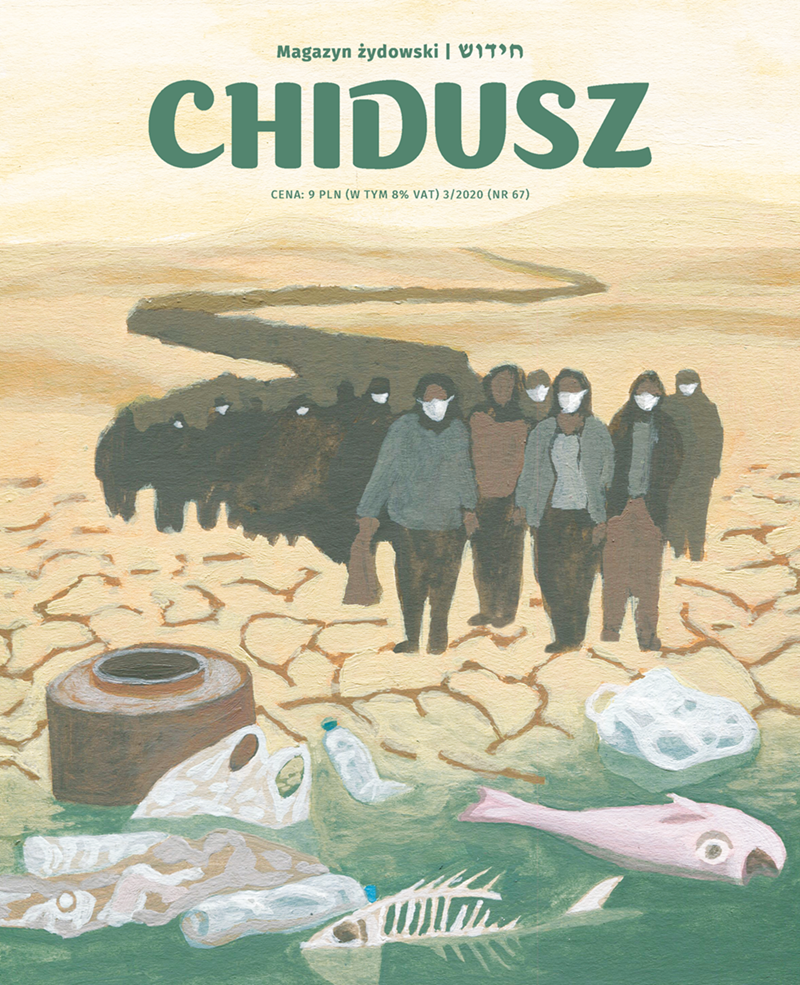 Issue 3/2020 of Chidusz is published in cooperation with The Wrocław Publishing Program.