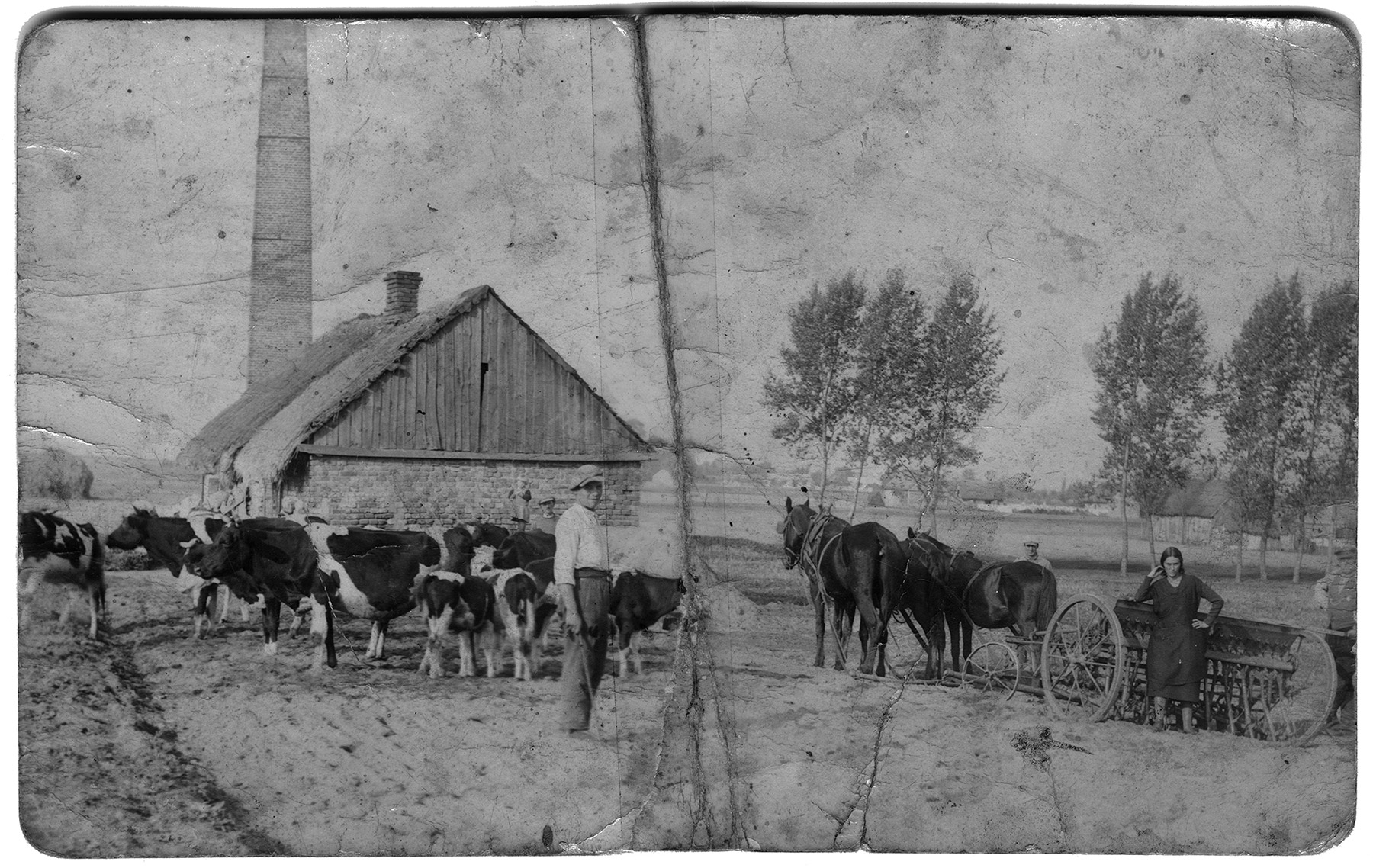 Dressed in black: Chana Matusiak. In the background, a brick factory owned by the Berent family from Koźminek. /Photo: Family archive

Two families hiding a Jewish man and his young son. Siblings informing on their own brother and his Jewish wife. A decent German army police commander, killed just after the war. Jewish women who died because someone was tempted by their alleged “treasures”.

The memory of the Holocaust in Koźminek (near Kalisz) is fragmented and fading; all that can save it from oblivion are the recollections of its residents.

Ryszard Kapłonek can’t remember when exactly they arrived. In the beginning, his parents didn’t tell him anything. Long after the war, Szlamek told Ryszard that his father, Józef Kapłonek, kept it secret even from his own brother. Szlamek told Ryszard about a conversation he once overheard when he was hiding in the hay. Józef’s brother came to the stable where the boy and his father were hiding. He wanted to know the Bruks’ whereabouts, because he’d heard some gossip. Józef pretended he had no idea what his brother was talking about. When he left, Józef went to Chaim and said that “he’d get drunk and start telling people I was hiding Jews. There are some things you just don’t talk about.”

Ryszard didn’t know his parents were hiding Jews until he once found Chaim in the hay by accident when he was playing hide-and-seek. One day he was home alone with his sister who was ten years older than him. It was freezing outside when he happened to see his sister getting ready to go out with a small pot. He asked her where she was going. She told him that she was taking some hot tea out for the angels so they didn’t get too cold. He was too little to question her explanation. His parents later taught him to stay quiet about the whole thing and he solemnly obeyed.

Szlamek’s father told the boy that he mustn’t make a sound, even if the Germans were combing through hay and pierced him through the heart with a pitchfork. If they found them, the Germans would kill them along with the whole Kapłonek family.