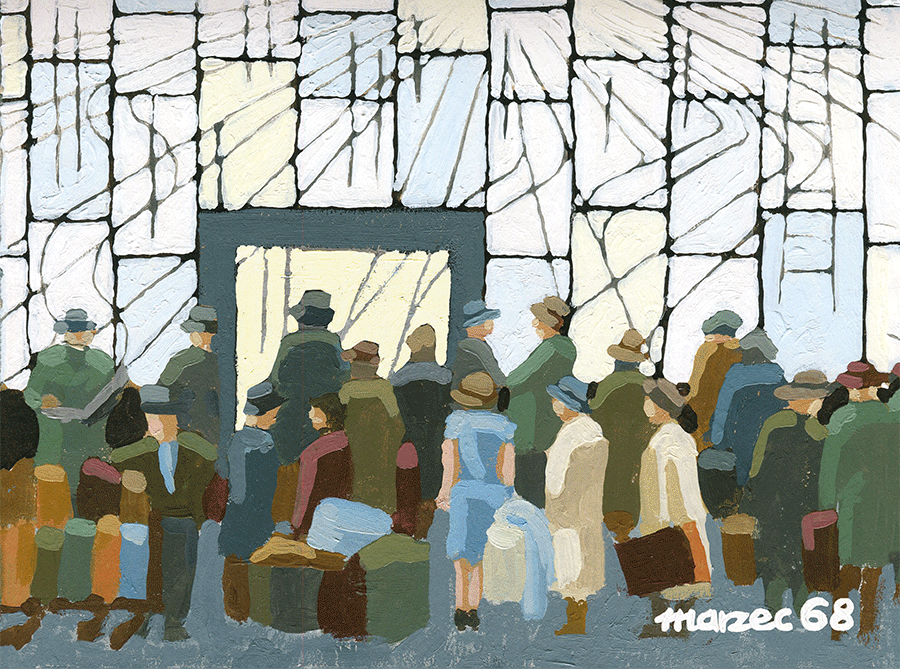 A bill drafted to defend the good name of Poland has caused the biggest crisis in Polish-Jewish relations since the anti-Semitic campaign of March ’68, which

resulted in the majority of Polish Jews being forced to leave the country. This barely a few weeks before the fiftieth anniversary of the events of that fateful year.

Konstanty Gebert – psychologist, journalist and former activist of the democratic underground, actively involved in the revival of Jewish life in Poland since the late 1970s.

Michał Bojanowski: Are we seeing a repeat of March ’68?

Konstanty Gebert: The filth we now see again pouring from this cesspit was spilled for the first time in March ’68. The First Secretary of The Polish United Workers’ Party, Władysław Gomułka, was the first to stir it and then, scared that things were getting out of hand, attempted to stem the flow he had caused. By that point we were covered in it, though Polish society remained silent. Now things are different—I live in a still free country and I don’t feel I’m alone. That doesn’t change the fact that anti-Semites are using the same language they did back then, including phrases like “the fifth column”, “foreign agents”…

But those are terms used by the radical right,  not serious politicians.

Those “serious politicians” talk about traitors to the Fatherland instead. There might be a subtle distinction in meaning, but when it comes to this part of the spectrum I am colour blind.