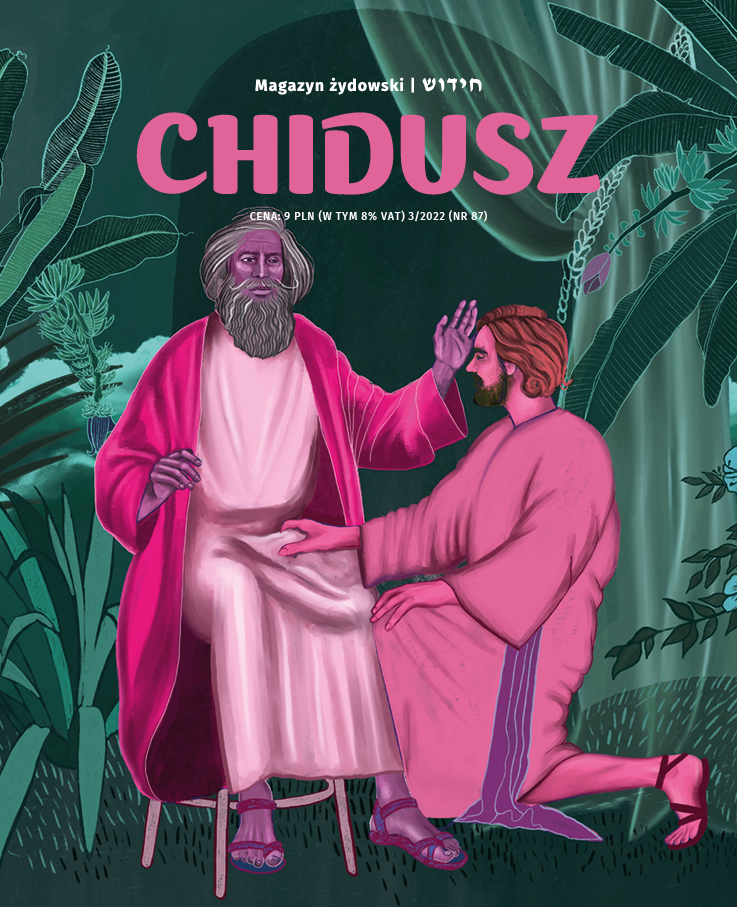 “I Great You Like Only Someone From the Ghetto Can Great”

When the resistance movement began building broad anti-fascist alliances, the communists – just like the Zionists and Bundists – had a real say in many decisions . The communist movement is therefore one of the many elements in the story of the Antifascist Bloc, the Jewish Combat Organization, and finally – The Warsaw Ghetto Uprising.

In this exhaustive essay, which is also a commentary on Parashat Kedoshim, author David Brodsky analyzes rabbinical discussions on verses from the Bible which are widely used to support the so-called “prohibition of gay sex”. Brodsky talks about everything: from rabbis that kiss each other and sex with animals, to debates on whether one can penetrate his own anus with an erect penis. The essay is part of a series of queer Torah commentaries published in the collection Torah Queeries.

Chaim Grade: Facts of a Life

Part IV of the Polish translation of Chaim Grade’s novel.

The eponymous aguna Merl and her new husband get entangled in personal strife between local rabbis.

In part VII of her memoir, Kate Bornstein talks about trying to return to normal life after leaving the Church of Scientology; yet another divorce and her third failed marriage; beginning to accept her true gender identity and the death of her father.