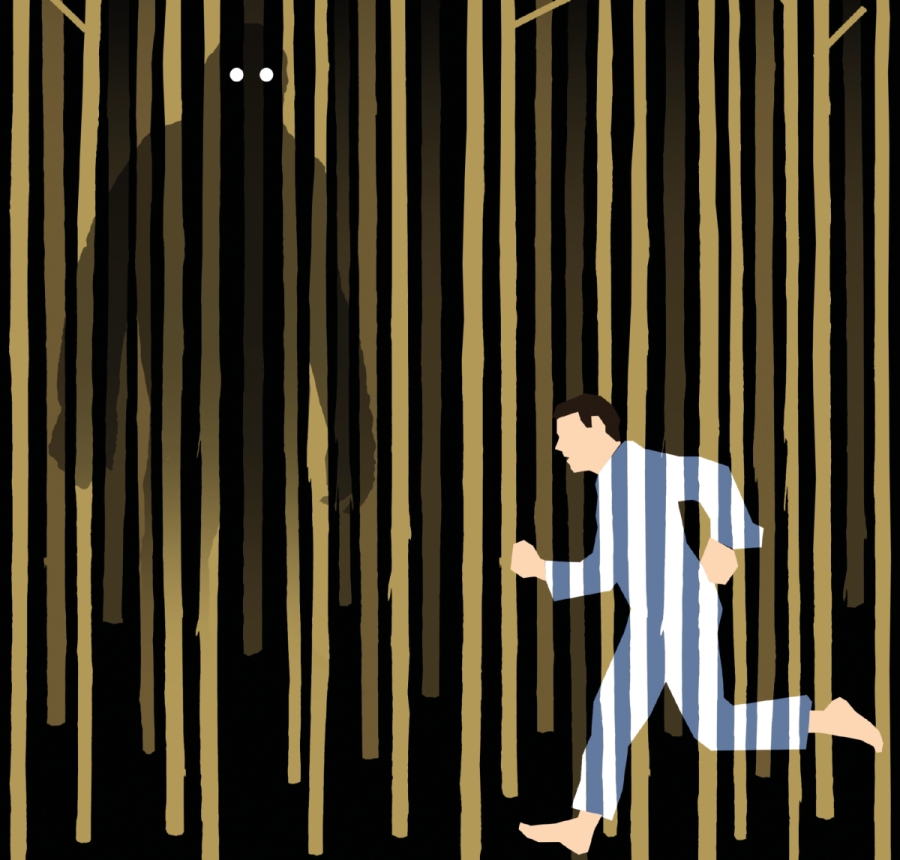 In recent years, trees in the Jerusalem Yad Vashem garden have served as a primary device for repairing Poland’s image abroad. Or, more precisely, as we are reminded time and again, that half of the trees that commemorate Poles who saved Jews during World War II.

These trees are then multiplied by the thousands of people who were involved in helping the Righteous become Righteous. When the number of Righteous and their assistants becomes high enough, a cry of resentment is directed at the Jews and the whole world, which insists on regarding Poles more as anti-Semites than as the saviors of their Jewish neighbors. When one is so busy multiplying trees, one has little time to closely examine the events of the Holocaust, and this perhaps explains why not many Poles understand why some people in “the West” have such a poor opinion of Poles and their moral stance during the war.

Gearing up for the World Youth Days in Kraków in July 2016, the Polish Ministry of Foreign Affairs issued a guide for Poles who were taking in foreign pilgrims arriving to see Pope Francis. One of the key pieces of advice given to the “Ambassadors of Polishness” was to “refrain from complaining.” The brochure instructed the Polish hosts that, as their guests visited beautiful Poland, with its churches filled to the brim with true believers, they should not spoil this image by complaining about their problems, because “every country has its own problems.” “It will take up too much time if you try to give an exhaustive explanation and you only risk misunderstandings. It’s better to focus on a positive message, which doesn’t mean covering up political and social differences. We Poles are more connected to each other than divided, regardless of our position on various issues. If our guests are first encouraged to become interested in Poland, they will find it easier to understand our problems.”

However, a true “Ambassador” would ensure that our guests not get too clear a picture. The brochure is full of half-truths. Every page of the booklet perfectly conforms to the government’s new politics of memory: Poles are presented as devout Catholics, and their history is the history of great heroes who fought bravely for their homeland, which, thanks to their sacrifice, became the land of milk and honey we live in today. Oddly enough, the list of heroes in the brochure does not include Lech Wałęsa, Solidarity leader and Nobel Peace Prize laureate.

There are many surprises hidden in this booklet, which spells out the “correct” history of Poland, so that there is no doubt as to how Polish hosts should present their country’s past to foreign guests.

This “correct” history includes the Holocaust, recounted along the following lines: 1. some general information on the Germans’ extermination policy (ghettos and concentration camps); 2. Jewish resistance (the Warsaw Ghetto uprising); 3. the death penalty for Poles hiding Jews (stories of Poles being shot for helping Jews, with the conclusion that “despite all the risks, they persevered in hiding Jews); 4. help given to Jews by Poles and the Catholic Church; 5.blackmailers who gave Jews away for profit were sentenced to death and shot by the Polish underground state; 6. half of all the trees in Yad Vashem are dedicated to Poles; 7. information about Jan Karski and Witold Pilecki (who wrote the Polish underground state reports on the Holocaust).

Readers are left with the impression that the main task of Polish people during the war was saving Jews, which they did impressively well. Anyone who tried to turn Jews over to the Nazis was immediately punished. Not a word about anti-Semitism or the pogroms in Jedwabne and many other places in Poland under occupation. Not a word about the hell Jews found themselves in when they were trying to hide from the Holocaust on the Aryan side.

“The Ambassador of Polishness” brochure was issued in 250,000 copies. I received my copy during a right-wing debate a few months after Pope Francis’s visit to Poland. The debate was centered around the question: “How to promote knowledge about the Polish Righteous Among the Nations”, and was organized by the newly-established Center for International Debate, created under the auspices of the Ministry of Foreign Affairs. One of its five fundamental tasks is to promote “the role Polish people had in saving Jews during the German occupation during World War II.”

The debate was held between Mateusz Szpytma and Grzegorz Górny. Szpytma is the vice-president of the Institute of National Remembrance (IPN) who also founded the Ulma Family Museum of Poles  Saving Jews in World War II, located in Markowa; Górny is the author of the book “Righteous. How Poles saved Jews from the Holocaust,” and founder of the controversial far-right Catholic magazine, “Fronda.” The debate was hosted by Professor Krzysztof Kawalec, president of the Wrocław division of the Institute of National Remembrance, head of the Department of the History of Poland in 19th and 20th Century at the University of Wrocław, and a specialist on Roman Dmowski (a fervid anti-Semite and a leading ideologist of Polish nationalism who lived at the turn of 19th and 20th centuries).

There have recently been many debates like this in Poland, although to call them “debates” is a bit of an overstatement since the participants generally avoid debate, preferring to politely agree with each other on acceptable right-wing opinions and insights on the heroic deeds of the Polish people. The guests are selected so as to avoid any disagreement and to make sure no one says anything contrary to the “correct” version of Polish history. As a result, all they do is water the Yad Vashem trees together. They may have come across some of the publications issued by the Polish Center for Holocaust Research, but not necessarily. Everyone unanimously condemns films like the Academy Award-winning “Ida”, or the star-studded “Pokłosie” (“Aftermath”), and it is beyond their comprehension how previous (clearly anti-Polish) governments could have given these films any funds for promotion. Essentially, the main role of these debates is to tell the West that its judgment of Poles is all wrong.

It is hard to imagine a better topic for discussion than the Righteous, if only one entirely avoids any mention of the non-Righteous. Limiting the debate to positive examples reduces the entire issue of Polish-Jewish relations during the war to a courteous exchange of pleasantries regarding Polish heroism. Thus it comes as no surprise that this topic is one of the key elements of Poland’s right-wing politics of memory, which has grown to an unprecedented scale after the Law and Justice party (PiS) won the parliamentary elections in the fall of 2015, and especially after the opening of the Ulma Family Museum of Poles Saving Jews in World War II in Markowa. And no one would have a problem with any of this (because nobody denies the incredible level of heroism some Poles have shown) if only the debate allowed for the introduction of any arguments regarding that other side of history: the history of non-Righteous Poles who were often responsible for having turned the lives of many Jews into hell. The more research is being done, the more Poles appear to be responsible for the terrifying fate that awaited many Jews. However, there is no space for such debate.

The new politics of memory exploit the truly heroic Righteous in order to create a new image of Poland, but it also uses them to silence any inconvenient conversations that might hint at Polish guilt. Clearly, the Jedwabne pogrom is just the tip of the iceberg. The unquestioning exploitation of the Righteous and their sacrifice is a genuine threat to the moral fiber of Polish society.

We retract the confession

Recent commemorations of the pogroms in Jedwabne and Kielce confirm that we are not capable of facing our own history. Both President Duda and Prime Minister Szydło made important statements about Polish responsibility for the deaths of the Jews in Kielce. Yet public media controlled by the ruling party flooded their audiences with information about the Germans and Soviets responsible for these crimes. The media not only ignored the research of the Institute of National Remembrance but more or less directly discredited this research by promoting the possibility of yet another exhumation in Jedwabne in order to definitively establish German responsibility for this event. Our editorial team protested against any re-exhumation in Jedwabne, since we are convinced that the last thing that its organizers are after is the truth. The new vision of public memory in Poland leaves no room for owning up to our past. There is, however, a lot of energy being expended on rewriting professionally  documented research carried out over the past 16 years.

On the one hand, Poland nurtures the Memory Garden in Yad Vashem very lovingly. On the other hand, however, it is busy planting and growing its own fruit orchard in the Ulma Family Museum of Poles Saving Jews in World War II, in the southern, conservative Podkarpacie region. The orchard is there so that we can remember the Jews saved by Poles. At first glance everything seems natural enough: if we want to praise the heroes, why would we detract from their glory by dwelling on the despicable deeds of the anti-heroes?

Mainly because anti-heroes were the most important context of thinking about the Holocaust in Markowa as well as in, unfortunately, many other parts of the country. Without this context, our perception of the Holocaust is seriously deformed. It is not just a context of war pogroms, like the one in Jedwabne, but also of about quarter million Jews who tried to find refuge on the Aryan side of occupied Poland.

Szymon Datner, a historian working in the Central Commission to Investigate Hitlerite Crimes in Poland, wrote:

The Holocaust does not weigh upon the conscience of Poles. It was the work of Germans and it was executed by German hands. I can say with complete confidence that over 90 percent of this horrid, murderous work was done by Germans without any Polish participation  … The actual problem Poles struggle with are the approximately 250,000 Jews who tried to save their own lives. About a fifth of these Jews survived the war. What happened to the other two hundred thousand Jews?  In which corner of Polish historic memory are they hidden?

Our national consciousness is clearly not yet ready to confront such questions. So far, we have struggled to acknowledge Jedwabne, and even that confession may very well be retracted.

Macbeth did not fret about his fate because it was inconceivable that the immovable Birnam Wood could move against him. And yet there is a human being behind every tree, regardless if it stands in Yad Vashem, Markowa, or Shakespeare’s tragedy. The more we ignore them, the closer they will creep up to tell us their stories: of the hell that awaited both the saved and the saviors, the hell they had to go through in order to save themselves and their families. Some of those people know the history of the 250,000 lost souls. And there is a lot to fear.

Order the current issue of Chidusz at office[at]chidusz.com (30 PLN + shipping)